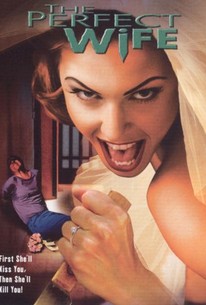 Dr. Robert Seward (Perry King) is unable to save the life of a young cyclist who has been struck down by a drunken driver. Instead of blaming the motorist, Liza (Shannon Sturges), the unhinged sister of the dead cyclist, holds Seward responsible for the boy's death. Plotting an intricate and elaborate revenge, Liza manages to get Seward to fall in love with her. Once she is married to the doctor, Liza sets about to ruin his reputation by killing off his patients. But the "heroine" has not reckoned with the resourcefulness of Seward's ex-wife (Michelle Greene). Apparently designed for the direct-to-video market, The Perfect Wife was not shown in the U.S. until its Lifetime cable network debut on May 21, 2001.

Lesley-Anne Down
as Helen Coburn

Jacqueline Steiger
as Leah at age 8

Chase Ellison
as Ruben at age 5
View All

Critic Reviews for The Perfect Wife

There are no critic reviews yet for The Perfect Wife. Keep checking Rotten Tomatoes for updates!

Audience Reviews for The Perfect Wife