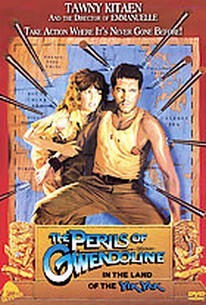 The best moments of the film are when the parody goes deep. [Full Review in Spanish]

This soft-core mix of The African Queen, Raiders Of The Lost Ark, Flash Gordon and Cannibal Holocaust can only be described as half-cocked.

One of the most ridiculously camp films you'll ever see.

I'm not exactly complaining, but I can't recall the last movie I saw that turned from 'adventure story' to 'softcore bondage flick' with such knocker-obsessed resolve.