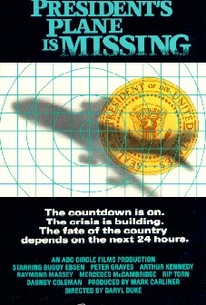 A crisis ensues when Air Force One crashes while on a flight out west, apparently killing all those aboard, including President Jeremy Haines (Tod Andrews). The United States is in the midst of a confrontation with China that could lead to a nuclear war between the two countries, and the government is now in the hands of Vice President Kermit Madigan (Buddy Ebsen), a not too intelligent or sophisticated man, who was deliberately kept out of the loop. His confidence on foreign policy issues virtually nil, Madigan seeks to carry out Haines's intended policy in confronting the Chinese but gets two completely different accounts of what that policy was to be. Secretary of State Freeman Sharkey (Raymond Massey), a career diplomat, claims that Haines was pursuing firm but peaceful containment of the problem, while National Security advisor George Oldenburg (Rip Torn) says that Haines was ready to go eyeball-to-eyeball with the Chinese and go to war if necessary -- and Oldenburg quickly picks up on how to gain Madigan's confidence. As if Madigan doesn't have enough problems, the stunned Washington community cannot help but openly doubt his competence, while his ambitious wife (Mercedes McCambridge) sees this unfolding tragedy as a way for herself and her husband to finally get some respect and settle a few scores with those who belittled the Second Couple. Even more troubling, as the search teams comb the wreckage, another mystery ensues -- they can't seem to find the president's body.

Raymond Massey
as Secretary of State

Critic Reviews for The President's Plane Is Missing

There are no critic reviews yet for The President's Plane Is Missing. Keep checking Rotten Tomatoes for updates!

Audience Reviews for The President's Plane Is Missing

There are no featured audience reviews yet. Click the link below to see what others say about The President's Plane Is Missing!

The President's Plane Is Missing Quotes