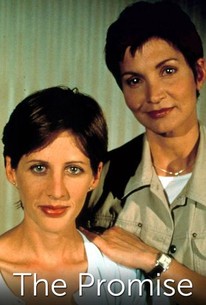 A British teen unearths some shocking secrets about her ailing grandfather's past while traveling through Israel with his old diary in this four-part mini-series from writer/director Peter Kosminski. Erin's grandfather is close to death when she happens across his old diary, and travels to Israel to spend the summer with her best friend Eliza. Growing up, Erin was never very close with her grandfather, but she's intrigued by the passages detailing the years he spend in Palestine following World War II. During that time, he made a promise that still remains unfulfilled 60 years later. Now, with her grandfather's words guiding Erin though the streets of Israel, the fearless teenage girl vows to build a bridge to her past by ensuring that promise is kept at any cost. ~ Jason Buchanan, Rovi

Critic Reviews for The Promise

There are no critic reviews yet for The Promise. Keep checking Rotten Tomatoes for updates!

There are no featured reviews for The Promise at this time.