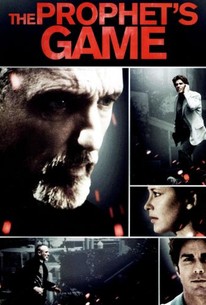 In this thriller, a detective stalks a multiple murderer whose methods are as peculiar as they are deadly. Vincent Swan (Dennis Hopper) is a veteran police investigator obsessed with catching a serial killer making his way down the West Coast. When the killer begins doing his grisly work in Los Angeles, Swan leaves Seattle for L.A., though the local police regard him as a loose cannon and aren't so sure they want his help. The murderer enjoys playing cat and mouse with Swan, calling him to discuss his crimes, but his modus operandi becomes even more bizarre, and the murders turn into a strange game, with Swan desperate to piece together the killer's clues before he strikes again. The Prophet's Game also stars Robert Yocum, Stephanie Zimbalist, Joe Penny, and Sondra Locke.

Critic Reviews for The Prophet's Game

There are no critic reviews yet for The Prophet's Game. Keep checking Rotten Tomatoes for updates!

Audience Reviews for The Prophet's Game

There are no featured audience reviews yet. Click the link below to see what others say about The Prophet's Game!