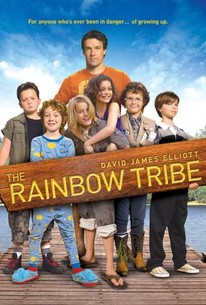 A man in the midst of a life-altering dilemma becomes a counselor at the same camp where he spent his summers as a youth, and seeks the courage to endure in his darkest hour. Morgan Roberts (David James Elliott) has just received a grim medical diagnosis when he reconnects with his childhood friend "Sunny" (Ed Quinn), who now serves as the director of the same camp where they forged their lifelong bond. Now, as the latest crop of young campers begins to file in, Morgan determines to give them a summer they will never forget. But Morgan's struggle isn't over yet. Grayson Russell (Diary of a Wimpy Kid) co-stars in a life-affirming comedy drama that the entire family will enjoy. Based on actual events. ~ Jason Buchanan, Rovi

Critic Reviews for The Rainbow Tribe

There are no critic reviews yet for The Rainbow Tribe. Keep checking Rotten Tomatoes for updates!

There are no featured reviews for The Rainbow Tribe at this time.