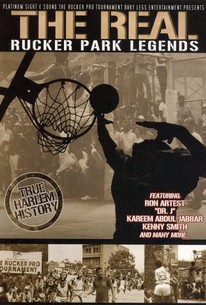 Witness the transformation of one typical basketball court from ordinary neighborhood playground to legendary training ground for the NBA's most talented superstars as director Bahmekka takes a look at the legend of Holcombe Rucker and the positive message that has been passed down for generations. A New York City Parks employee whose creation of a basketball tournament and league would inspire inner-city children to strive for greatness while completing their high school education, Holcombe Rucker wanted nothing more than to see the children of his city succeed. When Rucker passed away and two of his top pupils drew from the league's professional division to implement the popular "Each One Teach One" program, the effect that the program had on the children was nothing short of astounding. By taming disadvantaged inner-city youths with some of the biggest names in basketball for a one on one lesson, the children of Rucker Park were offered the tools needed to transcend poverty and achieve greatness. With this release, viewers can find out just how Rucker Park affected the entire future of basketball while simultaneously transforming hip-hop culture as the people who were there from the very beginning document how one man's dream gave hope to generations of children.

There are no critic reviews yet for The Real: Rucker Park Legends---True Harlem Story. Keep checking Rotten Tomatoes for updates!

There are no featured reviews for The Real: Rucker Park Legends---True Harlem Story at this time.