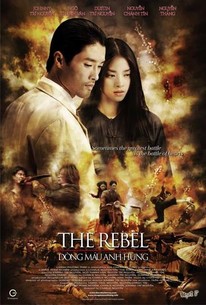 As Anti-French rebellion spreads throughout 1920s-era Vietnam and colonialist sanctioned units of Vietnam agents attempt to track down and destroy the rogue cells, a French educated Vietnamese agent finds his loyalty put to the ultimate test in this martial arts action drama starring Johnny Nguyen. Le Van Cuong (Nguyen) was rooting out Vietnamese rebels from French occupied Vietnam when be began to resent the fact that he was spilling the blood of his fellow countrymen. When a high ranking French official is assassinated, Coung is assigned the task of finding and killing the notorious rebel leader responsible for the hit. Cuong's conscience is stirred, however, when he happens across Vo Thanh Thuy - the daughter of the elusive rebel leader. Though Cuong's superior wants to use Thuy as a pawn to get to their intended target, Thuy would rather commit suicide than betray her father. Touched by the Thuy's undying devotion to both her father and her country, Cuong vows to help the girl escape to safety even if it means sacrificing his own life in the process.

Critic Reviews for The Rebel

There are no critic reviews yet for The Rebel. Keep checking Rotten Tomatoes for updates!

Audience Reviews for The Rebel

The Rebel: This is a non-stop action film, An Agent of the Vietnamese government goes deep under cover to infiltrate a group of rebels and find its leader, along the way he of course gets involved with the daughter of the rebels, his co-worker who is also after the leader in like the Asian Terminator, nothing stops this guy. Dana White in the UFC would love to have this guy. The modern day kung fu action is at its height. The stunts would make Jet Li and Jackie Chan loose there breath. A good Asian Film, not sure if there is English Audio, I listen to Vietnamese with English Subtitles, I have to give this one a 4 Star rating

I might be rating this low, but it's still a surprisingly watchable effort considering the budget, it's just that the script and characters motivation are pretty much invisible. That said, the fight sequences are good, the Nguyen bros can kick a lot of ass. They deserve better roles and not being used just as stock villians for Jet Li and Tony Jaa.

A Vietnamese-French mixture that is worth watching. This may not look like a great film, but you get more than you are expecting from every aspect of this movie. This certainly gives Tom yum Goong a run for its money.

The story takes place in the past (1920s) and is actually interesting and pretty well told. Unlike other films of this type, this film actually focuses on the story and character development rather than the action, which I will get to soon enough. Of course when you have a good story there is a good chance that the movie will move slow. Unlike the beginning of this film, the middle does move quite slowly. It sort of turns into a romantic drama, but not fully. The rest of this film moves at a decent pace and is filled with action.

The action is a plenty and well choreographed. Johhny Nguyen really shows his stuff and can kick with the best of them. The real surprise is the martial arts done by Thanh Van Ngo. She shows that women can move just as good as the men. Dustin Nguyen provides some nice fighting as well, for the villains side. The editing does take away from some of the fights though, but for the most part the camera work is good. This film does the usual slow motion shots for the big hits or great stylistic moves, but it does a nice job of staying away from the "repeating shot from different angles" which you may have seen in Ong Bak, Born to Fight, and Tom Yum Goong to name a few.

The acting is also pretty good compared to the previously mentioned titles. The beautiful Thanh Van Ngo gives us something to cheer about. She has beauty, good acting, and great fighting skills. What more can I guy ask for?

This film won't seem that great compared to films from Hollywood, China, or Japan, but it is one of the better films out of Vietnam and Thailand. Fans of martial arts will want to check this out sometime.