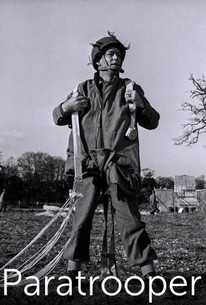 After causing the needless death of another officer during a near-miss air disaster, a distraught army officer resigns from the military. Still, the American wants to serve in the war effort and so, calling himself a Canadian, enlists in the British military to train as a paratrooper. Revealing nothing about his past, he proves himself obedient and exceptionally skilled. This rouses the suspicion of his commanding officer who starts investigating the trooper. Later, the trooper more than proves himself during a dangerous mission to North Africa.

Anton Diffring
as The Pole

Yvonne Stein
as Nurse
View All

There are no critic reviews yet for The Red Beret (Paratrooper). Keep checking Rotten Tomatoes for updates!

There are no featured audience reviews yet. Click the link below to see what others say about The Red Beret (Paratrooper)!