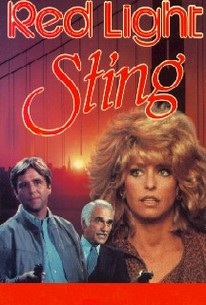 Originally and imprudently titled The Whorehouse Sting, this fact-based, made-for-TV melodrama casts Beau Bridges as federal agent Frank Powell, who makes it his mission to bring slick but deadly racketeer Oliver Sully (Harold Gould) to justice. This undertaking requires Powell and his fellow government functionaries to set up a phony San Francisco brothel (total price tag: $450,000), thereby setting the stage for an intricate extortion "sting". Putting her life on the line along with Powell is professional call girl Kathy Dunne (Farrah Fawcett), who agrees to pose as the brothel's madam. Laced with moments of unexpected humor and capped by an unexpected denoument, The Red-Light Sting debuted April 5, 1984, on CBS.

Will Durst
View All

There are no critic reviews yet for The Red Light Sting. Keep checking Rotten Tomatoes for updates!

There are no featured reviews for The Red Light Sting at this time.