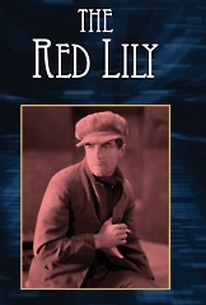 After the death of her father, Marise La Noue (Enid Bennett) can find no safe haven, so she runs off to Paris with Jean Leonnec, the mayor's son (Ramon Novarro). Before they can be married, however, they are separated. Marise sinks from working as a waitress to toiling as scrubwoman to the ultimate degradation as a woman of the streets. Leonnec, meanwhile, falls in with a gang of thieves. While he is being chased by gendarmes, he finds Marise and is horrified at what she has become. Even though he knocks her down in his frenzy, Marise nurses him through his breakdown. The police finally catch up with him and he serves a prison term. While he is incarcerated, Marise turns her life around. Leonnec emerges from prison a changed man and reunites with Marise. Director Fred Niblo was married to leading lady Enid Bennett. ~ Janiss Garza, Rovi

Dick Sutherland
as The Toad

Critic Reviews for The Red Lily

The Red Lily is an exceptionally worthy picture. Its story is not sensationally original, but it is firmly constructed and it makes sense; and Fred Niblo has directed every scene with great skill.

There are no featured reviews for The Red Lily at this time.