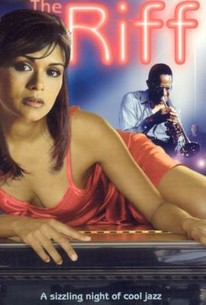 New Orleans music promoter Adam Goodnight (newcomer Cameron Smith) has his checkered past revived when a failed musician, Shoop Summers (old timer Antonio Fargas), takes Adam's new protégé, Kenny Carter (Mister Jones), under his drug-addled wing. Goodnight begins having flashbacks to a time when Shoop was on top of the jazz charts, and he also remembers what happened to end Shoop's productive career -- and end their friendship. Goodnight sees it all happening again with Kenny. Goodnight's beautiful and intelligent girlfriend, Heather (Nia Peeples), is helpless to stop the drama.

Critic Reviews for The Riff

There are no critic reviews yet for The Riff. Keep checking Rotten Tomatoes for updates!

There are no featured reviews for The Riff at this time.