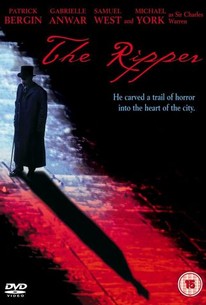 Janet Meyers directed this TV movie about the search for Jack the Ripper in London of 1888. As Inspector Hansen (Patrick Bergin) searches for the murderer of East End prostitutes, his suspicions focus on Prince Albert Victor (Samuel West), eldest son of the Prince of Wales and Queen Victoria's grandson. Filmed in Melbourne, Australia, this drama premiered December 6, 1997 on the Starz! channel.

Damien Pree
as Off. Peters

Justin Parslow
as Cop
View All

Critic Reviews for The Ripper

There are no critic reviews yet for The Ripper. Keep checking Rotten Tomatoes for updates!

Audience Reviews for The Ripper

There are no featured audience reviews yet. Click the link below to see what others say about The Ripper!