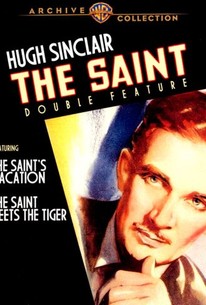 The Saint's Vacation was filmed in London by RKO Radio's British division. This time Hugh Sinclair is cast as Leslie Charteris' suave soldier of fortune Simon Templar, aka The Saint. Most of the story takes place in Switzerland (or a reasonable facsimile), with Templar interrupting his holiday to retrieve a missing secret code. The key to the mystery is a Swiss music box with a most unusual tune, diligently sought after by enemy agent Rudolph (Cecil Parker) and British secret service operative Valerie (Leueen McGrath). Aiding Templar in his investigation are intrepid gal reporter Mary Langdon (Sally Gray) and droll sidekick Monty Hayward (Arthur Macrae), while Inspector Teal (Gordon MacLeod) of Scotland Yard can only fuss and fume on the sidelines. Tossed off as a mere quota quickie, The Saint's Vacation nonetheless earned good bookings in England and the US. ~ Hal Erickson, Rovi

Leucen MacGrath
as Valerie
View All

Critic Reviews for The Saint's Vacation

There are no critic reviews yet for The Saint's Vacation. Keep checking Rotten Tomatoes for updates!

There are no featured reviews for The Saint's Vacation at this time.