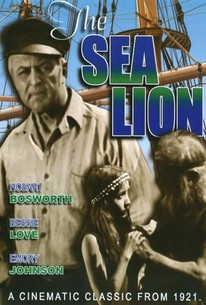 John Nelson (Hobart Bosworth) is a cruel sea captain who has harbored a grudge against humankind ever since his wife deserted him 16 years ago. When Tom Walton (Emory Johnson) is cast aside by his family for his debaucherous behavior, he takes a job as a deck hand on Nelson's whaling ship. The crew tries to mutiny when the water supply goes low, and Nelson single-handedly beats up the surly sailors. Tom is sent ashore to a South Seas island to fetch more water and discovers a young girl (Bessie Love) and an old man. Tom brings the two island dwellers aboard, where the girl experiences Nelson's cruelty first-hand. Tom and the girl escape, just as a menacing storm begins to form. Nelson reads the young girl's Bible and realizes the girl is his long-lost daughter by the woman who deserted him years before. He turns the ship around and tries to make a dramatic rescue before the storm's fury drowns the helpless couple.

Carol Holloway
as Dolly May

Charles Clary
as Green
View All

Critic Reviews for The Sea Lion

There are no critic reviews yet for The Sea Lion. Keep checking Rotten Tomatoes for updates!

There are no featured reviews for The Sea Lion at this time.