The Search For Simon2014 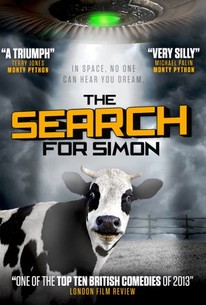 The Search For Simon Photos

David is 39 and for almost thirty years, he has been looking for evidence of alien activity, as at the age of 10 his younger brother Simon (aged 7ish) suddenly disappeared, and has never been seen since. David's father told him that "Simon was abducted by aliens." Completely devastated by the loss of his younger brother, and best friend, David vowed to find his brother - or at the very least find out about the Aliens that took him. This quest has taken over and completely filled David's life. It's more than a passion, it's an obsession. David has been meeting people - filming interviews and generally obsessing over alien abductions ever since. David's best (and only) friend Robert, saddened by his friend's obsession and unwillingness to let go of the past, tries his best to get David interested in other things: games, pub quizzes, re-enactment societies and even... women. And then one day after a chance random encounter with a book writing psychologist with an ear for obsession, he catches the eye of a pretty young woman, and everything changes... Although this film appears to be about Alien Abduction etc - it is actually really about obsession, addiction, loss and most importantly Love, which ultimately is what we are all searching for... (C) Official Site

Simon Jones
as The Man in the Hat

Critic Reviews for The Search For Simon

There's a scrappy, amateurish charm to this sci-fi comedy, a story about a man (director Martin Gooch) who's convinced that his long-lost brother has been abducted by aliens.

There are no featured reviews for The Search For Simon at this time.

The Search For Simon Quotes