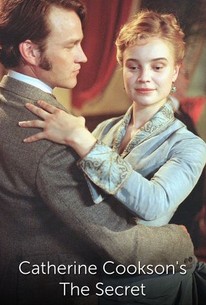 Based on Catherine Cookson's novel The Harrowgate Secret, this British minseries was set in Yorkshire in the 1880s. Colin Buchanan headed the cast as Freddie Musgrave, an ex-smuggler now leading a respectable life in a legitimate business. Unfortunately, Freddie's past associates would not let him forget his unsavory origins, and this coupled with a few dredged-up incidents from his smuggling days threatened to destroy not only Freddie, but also the people whom he most cared about. Produced by Tyne Tees for Yorshire Television, The Secret was seen in three hour-long installments from January 21 to February 4 2001.

Critic Reviews for The Secret

There are no critic reviews yet for The Secret. Keep checking Rotten Tomatoes for updates!

There are no featured reviews for The Secret at this time.