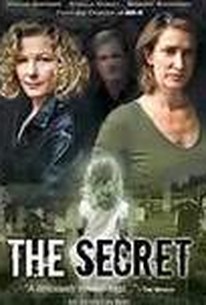 Haydn Gwynne, Robert Bathurst, and Stella Gonet co-star in the British telemovie The Secret (2002), a melodrama originally produced for (and aired on) the BBC. The story concerns Emma Faraday (Gwynne) -- on the surface, a relatively well-adjusted housewife and mother of two children, but beneath it all, the victim of a devastating and traumatizing childhood event that she has resolutely kept buried and locked away for years. All appears well in Emma's adult life -- until an embittered childhood friend, Nadia (Gonet), turns up and resurrects the past, jovially wielding the deadly weapon of blackmail by bringing Emma's secret back to bear on her and threatening to destroy everything that Emma has worked so carefully and diligently to build for herself. Alrick Riley (MI-5) directs. ~ Nathan Southern, Rovi

Critic Reviews for The Secret

There are no critic reviews yet for The Secret. Keep checking Rotten Tomatoes for updates!

There are no featured reviews for The Secret at this time.