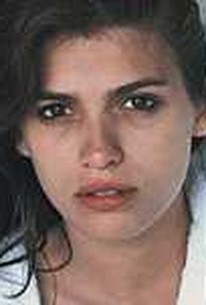 The life of supermodel/junkie Gia Carangi, who died of AIDS in 1986 at the age of 26, has already been the subject of several television documentaries, and the HBO-produced docudrama Gia, which gave Angelina Jolie's acting career a huge boost. In The Self-Destruction of Gia, filmmaker JJ Martin explores the young woman's life through rare home movies and photos, previously unseen interviews with the supermodel, and contemporary interviews with family, friends, and associates of the tragic figure. Fashion world stalwarts like photographer Francesco Scavullo and designers Diane Von Furstenberg and Vera Wang describe Carangi's special spark, and the arc of her modeling career. Longtime lover Sandy Linter talks about Carangi's powerfully fluid sexual allure and her surprising neediness. The late screenwriter/actress Zoe Lund lovingly describes the appeal of heroin, while Carangi's drug counselor, Robert Hilton, discusses Carangi's amazing appetite for the drug and her regular visits to the squalor of a Lower East Side shooting gallery. Carangi's mother, Kathleen Sperr, goes into painful detail about Carangi's final days. Throughout, interviews with Carangi and her peers present the image of an intelligent young woman with a lust for life who was uncertain of her place in the world and profoundly unhappy with a career that thrust her into the limelight because of how she looked. The Self-Destruction of Gia was shown at the 2003 Tribeca Film Festival.

Critic Reviews for The Self-Destruction of Gia

There are no critic reviews yet for The Self-Destruction of Gia. Keep checking Rotten Tomatoes for updates!

There are no featured reviews for The Self-Destruction of Gia at this time.

The Self-Destruction of Gia Quotes