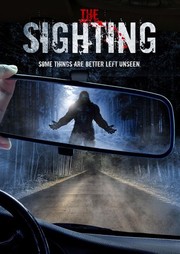 Super Reviewer
Jesse O
February 13, 2017
Part of me has always wondered if I decided to make a horror movie, with a relatively minuscule budget, what it would look like. Or whether or not it would be any good. Honestly, it probably would be a terrible movie, but if I made it to sort of get "my name" out there then, at least, it would be a start. I'd certainly hope that it would be better than this movie. I'd certainly try my hardest to make as good as I possibly could. It's likely that my best might not be good enough, but I'd give it a shot. And, honestly, I don't think I'm being fair when I say that I'd expect my movie to be better than this. Now I'm not saying that it's good or anything of the sort, but it's not a movie that deliberately sets out to be awful. Then again, there are few movies that are deliberately awful. It's just a movie that does not have the budget for a better script, nor is there enough money for better actors. It's also lacking in terms of the technical side of it. But it's also not as bad at all of those things as you might imagine given everything I said prior to that. Adam Pitman, the lead actor, who also co-wrote and co-directed this film, isn't a bad actor in the slightest. Some of his facial expressions are really stupid, but he's a perfectly decent actor as it relates to actual delivery. He's not gonna win any Oscars, but he's better than I could have possibly expected given how cheap the movie actually looks. One of the problems I have with this being labeled a horror movie is that, realistically, there's no horror to speak of. There's a decent enough concept. These two 'high school graduates', who look like they're 30, go on a drive to Canada. They stop for gas on the way there. The owner of the store tells them of a shortcut that will get them to Canada in under an hour. They follow this road and, on the way there, they are attacked by a family of 'Bigfoot'. Or Bigfeet, whatever you wanna call it. They take one of the guys and leave our protagonist behind. Desperate, he calls his friend's brother, who comes down to look for his brother. Shortly thereafter, the brother is also attacked by the 'Bigfoot' and never seen again. I say Bigfoot in quotations because it looks more like people in costumes as opposed to actual Bigfoot. And I mean IN the film, like it looks like it's a tactic these people use to scare others. Maybe I'm wrong and maybe they were supposed to be monsters and the costumes just looked horrible. Anyway, the point is that Travis, the protagonist, leaves his friend's brother behind to be killed by the Bigfoot. Once Travis leaves the forest and is able to return to civilization, he's questioned by police about his friends' disappearances and a massacre that occurred the year prior at a party he was at, this is where the movie really is at its best. Everything you've seen is Travis' recollection of events. One of the cops in question, though, finds out that Travis' friends was actually having an affair with his girlfriend. This creates doubt in your mind that Travis' story might have been fabricated as a way to cover for the fact that he murdered his friend and his friend's brother to avenge what they did to him. I can get why Travis might murder his friend for fucking his girlfriend. But I do not understand the reasoning behind him then kill his friend's brother, whose name I forget and don't care to look up. It is said that this guy's brother was in a relationship with this girl Travis had a crush on. They broke up the night of the party, which was also the same night of the massacre that left seven dead. I honestly don't even know how that would drive Travis to kill this guy's brother. I really don't. It is what it is. The point is that the movie is really vague about what actually happened. And I thought that vagueness was actually well-executed. While the movie was not what I would call good, which I already mentioned, I'm surprised that there was something that was, surprisingly, well-done. I was actually intrigued by it and whether or not Travis had a hand in the massacre at the party and his friends' disappearances. With the way the film played out, I figure that it's a combination of both. The Bigfoot/Sasquatch did exist and I do think that they were responsible for, at least, one of the disappearances. But I also think that Travis wasn't as innocent as his stupid smile may have suggested and he did SOMETHING the night of the party. Might be one of the few things I liked about this movie. I didn't give this movie a good rating, as if that wasn't obvious, but it's not a dispiriting horror movie in the slightest. Yes, there was no horror to speak of, but there's obvious room for growth here. And that's not something I can say for other films like this, that are just put out there. They fall underneath everyone's radar because of the fact that they're just another horror movie in an ocean full of them. Again, not a good movie, but there's potential here. And, hopefully, I'm able to witness that progress in the future. I wouldn't recommend it, particularly when compared to how amazing The Wailing was, but it could have been so much worse in so many different ways.

Timothy S
October 30, 2016
Storyline was total crap. it started to gert interesting - left too many issues unanswered - major flaw is the ending. it ends right where the plot should be moving towards a climax or resolution - it just ends. It's like the writer just died or quit. I can't believe I wasted an hour and a half on this. I think my IQ dropped a few points because of this.

Swade B
½ August 27, 2016
Adam Pitman was actually a good actor in this, which is the demise of the rest of the cast who didn't match his talent. The story was kind of bland until the last 15 minutes when suddenly I was on the edge of my seat. It's just a shame it took that long to get me there. Not bad, not good, but Adam's acting was actually what kept me watching. He did a great job, but sadly this story was not for him. I would like to see him in more movies, but this one wasn't for him... and surprisingly he wrote and directed it, as well. Stick to acting, Adam. Just acting. Leave the rest to the professionals.

Eli J
May 28, 2016
It was super cheesy, and I mean it. The legend of boggy creek, which is WAY older than this, has better quality.

Clint S
½ May 15, 2016
This was a complete waste of time...Not even good in the cheesy bad movie kind of way...zero redeeming qualities...period

Daniel M
May 14, 2016
An interesting movie. Amateurish and full of cliches, but it held my interest.
Page 1 of 1