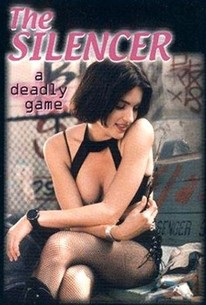 Music video director Amy Goldstein made her feature film debut in this revenge thriller that plays like a knockoff of La Femme Nikita and Ms. 45. Lynette Walden stars as Angel, a woman from the streets dressed up in leather togs, who has been programmed to kill all men who get their kicks exploiting women. She receives her assignments through a video arcade game called "Silencer" in an upscale Los Angeles bar. After Angel receives her marching orders, she efficiently dispatches a collection of low-life pimps and batterers and spends her downtime with Tony (Paul Ganus), a man obsessed with Christian iconography. But a cog is thrown into Angel's smooth-running death machine by George (Chris Mulkey), an ex-lover who stalks her as she performs her killings. Clearly, a confrontation with George is at hand.

Critic Reviews for The Silencer

There are no critic reviews yet for The Silencer. Keep checking Rotten Tomatoes for updates!

There are no featured reviews for The Silencer at this time.