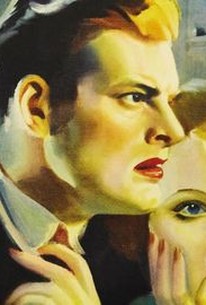 Beyond the fact that both films shared a "railroad" background, RKO Radio's 1935 actioner The Silver Streak bore no relation to the 1976 Gene Wilder vehicle of the same name. The earlier film stars Charles Starrett as Tom Caldwell, the dynamic young designer of a streamlined, high-speed passenger train. During a polio epidemic, our hero endeavors to prove the efficiency of his train by making a breakneck 2,000-mile trip to deliver iron lungs to the Boulder Dam region. The well-chosen supporting cast includes William Farnum as old-time railroad man B.J. Dexter, who in the film's most moving scene ruminates over the brief but colorful history of his chosen profession. The real-life Burlington Zephyr "plays" the titular train in The Silver Streak, which earned a much-needed profit of 107,000 dollars for RKO. (One a side note, some of the music heard during the final two reels was lifted from Max Steiner's score for King Kong.)

Howard Hickman
as Board Member
View All

Critic Reviews for The Silver Streak

There are no critic reviews yet for The Silver Streak. Keep checking Rotten Tomatoes for updates!

There are no featured reviews for The Silver Streak at this time.