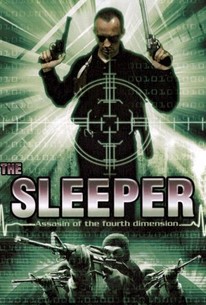 An agent who took part in a clandestine CIA program to create psychic spies must fight for his life when the members of his group are systematically hunted and executed in this sci-fi action thriller from writer/director Drew Maxwell. Back in the 1990s, Kyle Manning and a group of CIA spies were trained to gather intelligence by entering the dreams of enemy agents. As a result of their unique skill set, they were dubbed "Sleepers." When a former Sleeper named Steven appears in Kyle's dreams to warn him that he, along with the rest of the surviving Sleepers, have been targeted for death, the race is on to catch a killer. The tensions mounting as the body count rises, Kyle is summoned back on active duty by his superiors, and prepares to put his powers to the ultimate test.

Critic Reviews for The Sleeper

There are no critic reviews yet for The Sleeper. Keep checking Rotten Tomatoes for updates!

There are no featured reviews for The Sleeper at this time.