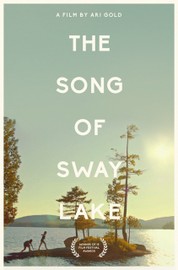 The Song of Sway Lake

The Song of Sway Lake Reviews