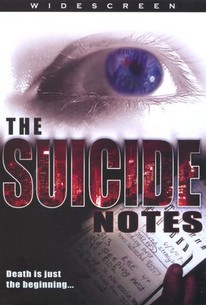 A detective contends with seriously profound existential questions while investigating the presumed suicide of a man who led a remarkably unusual life in writer/director Keith Feighan's challenging, neo-noir mystery. Elijah (Ed Miller) appears to have taken his own life. But if that's the case, why didn't he leave a suicide note? At least no such note was found anywhere near Elijah's body. At first the police write Elija's death off as a suicide, though their decision is challenged when the deceased lawyer's ex-fiancé (Marybeth Gorman) proclaims that the details just don't add up. Later, as detective Nathan McGale (Theodore Cahn) begins his investigation, he realizes that Elijah's former fiancé may have been on to something. Now, as each day passes, Detective McGale's obsession with the case grows, steadily consuming him from the inside out. Could the conspiracy surrounding Elijah's death prove the secret to understanding the meaning of life itself? The deeper the novice detective gets, the more convinced he becomes that this isn't your typical investigation.

Critic Reviews for The Suicide Notes

There are no critic reviews yet for The Suicide Notes. Keep checking Rotten Tomatoes for updates!

There are no featured reviews for The Suicide Notes at this time.