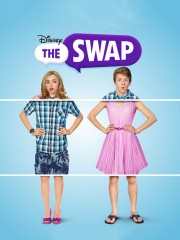 Jaylan H
June 17, 2017
A very pleasant surprise from a channel that I'm a not big fan of. The plot is predictable and stupid but some of the acting and dialogue is serviceable. Maybe someday Disney Channel finally got it right....Or just throw it away for Descendants 2.

Henrysmovieguide C
April 9, 2017
While a creative idea, it's not original. Also, it kind of wears out as the movie goes on. It takes a special kind of person to sit through this mush.

Ryan M
February 18, 2017
Super predictable and done many times before. However, done in that über cute Disney Channel way.

Rangan R
November 4, 2016
Be careful what you wish for while texting in the app.

The latest and the second Disney Channel Original Movie of the year 2016. Based on the children's book of the same name. This is a theme that we are all very familiar with. The body swapping concept and you might say not again. But this was not bad, I mean it all begins with an accident and then follows the struggle to get back normal. While doing that, they have to do certain things and that's what this film is about which narrated according to the current world scenario.

This is the story of two tenth graders, Ellie and Jack. When their lives get complicated, they text each other the same wish and it becomes true. Soon coming to realise their position, they make a deal to comply with each others lives till find a solution to come out of it. The adventure begins, filled with some fun and sometimes sentimental, till the final to reveal whether they return or not.

So I have seen this body swapping thing works with the ancient secret power interference. But this is a simple science fiction, like they used an app to do that. That defines todays trend what the school children upto. Well known concept, but the story was a little different. For the grown ups, it might look an average film, but surely kids would enjoy it.

This is a Halloween season film, but released so early. The vierwership was very bad among the Disney Channel Original Movies like from last one decade. I'm a Disney fan, watch all the feature/theatrical films, but not that into the television. So I don't know these small screen actors, though I think they done good. The good thing is it is not a bad film, overall from all the age group perspective, it is very much an acceptable film. The kids definitely should see this, but the adults can do some research before going for it.