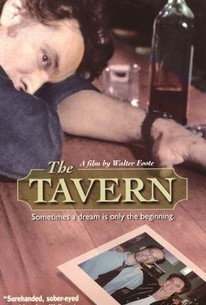 Bartender Ronnie (Cameron Dye) has gone from one job to another a lot over the years, and he wants to settle at a place that he can call his own. So Ronnie teams up with his friend Dave (Kevin Geer) and together they raise the money to buy a popular bar in Manhattan. However, while things start out well for Ronnie and Dave, business has its ups and downs and soon they're in financial trouble; as they add fine dining and live music in an effort to keep people coming in, Ronnie and Dave find themselves learning the hard way about keeping a bar afloat. Meanwhile, Ronnie's love life takes it on the chin when his girlfriend leaves him, and Dave has to tighten his belt when he's let go from his regular job. The Tavern was the feature debut for director Walter Foote, and was screened at Ireland's Galway Film Festival in the summer of 1999.

Critic Reviews for The Tavern

It is a very satisfying indie film, without any glitter and bluster.

There's not an iota of anything fresh or particularly good about The Tavern.

There are no featured reviews for The Tavern at this time.