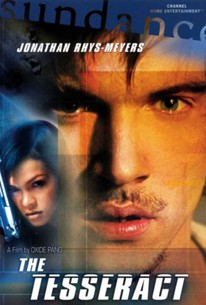 From Oxide Pang, co-director of the international horror sensation The Eye, comes this stylish and high-tension adaptation of the book by The Beach author Alex Garland. As drug dealer Sean (Jonathan Rhys-Meyers) and documentary filmmaker Rosa (Saskia Reeves) sit anxiously in a rundown Bangkok hotel, a series of intricately woven flashbacks reveal dangerous ties to a rising but powerful mob boss, a fearsome female assassin, and an anguished psychiatrist.

Critic Reviews for The Tesseract

Never seems to get on a coherent meaningful track.

Audience Reviews for The Tesseract

I can't remember much about this film except that I found it tedious and I didn't see it that long ago.