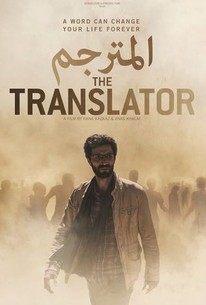 In 2000, Sami was the Arabic-English translator for the Syrian Olympic team in Sydney, Australia. A slip of the tongue forced him to stay in Australia and live in exile as a political refugee. In 2011, when the Syrian revolution starts and his brother is arrested, Sami risks everything to return to Syria to find him.

[An] urgent political thriller which examines the difference between speaking the words of others and actually having a voice.

Where many other filmmakers who have set films in Syria zoom in on the violence, the directors here concentrate more on the pervasive sense of dread, leaving much to the viewer's imagination.

The strongest moments of The Translator are when it veers into thought-provoking and challenging statements on the power of peaceful protest.

There are no featured reviews for The Translator (Le traducteur) at this time.