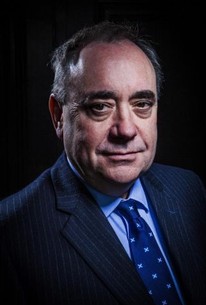 In March 2020, Scotland's former first minister Alex Salmond emerges from the High Court in Edinburgh, cleared of 14 charges of sexual misconduct. The verdict concludes one of the most dramatic trials Britain has ever seen. From the moment the story breaks in the Daily Record in August 2018 to Salmond's acquittal the very day the UK locks down against Coronavirus, Kirsty Wark follows the ups and downs of a case that has seen tabloid scoops shock the nation and the destruction of one of the strongest political partnerships in modern politics. Along the way, Kirsty traces the origins of the criminal case to the Me Too movement and, for the first time on television, speaks to some of the women at the centre of the trial.Set in the heart of Edinburgh, with the growing Covid-19 pandemic looming in the background, the film sees Kirsty travelling across Scotland as she follows the trial and interviews the people present at key moments surrounding the political scandal. Talking to Alex

Critic Reviews for The Trial of Alex Salmond

Wark weaved together well and with authority what was a tawdry and depressing saga.

Wark is a first-class journalist with a cool head, but her investment in this particular story seemed to veer into the personal.

This is a thorough look at a governing party that might yet be fatally damaged over this affair with its former figurehead.

Unless the BBC is trying to argue Britain's entire judicial system is unfit for purpose, Kirsty Wark should not be suggesting the trial has done serious damage to women's rights across the country.

The Trial Of Alex Salmond had to appear far and above the fray on which it was reporting. From where this viewer sat, it did not pass that test.

There are no featured reviews for The Trial of Alex Salmond at this time.

The Trial of Alex Salmond Quotes