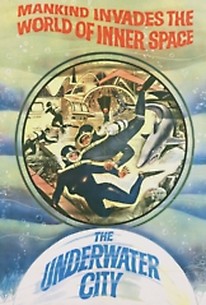 This sci-fi melodrama about housing construction in the murky deep sea is as clear as the muddied water itself. Enterprising individuals have decided that if humans are going to blow themselves sky-high at some point in the future then it might be a good idea to have an escape hatch down at the bottom of the ocean. And so a series of underwater living units are carefully created and tested until it seems like they are ready for residents to move in. What no one considers is that the sea floor and the sea itself may not be as stable as they first seem. ~ Eleanor Mannikka, Rovi

Paul Power
as Civilian
View All

Critic Reviews for The Underwater City

There are no critic reviews yet for The Underwater City. Keep checking Rotten Tomatoes for updates!

There are no featured reviews for The Underwater City at this time.