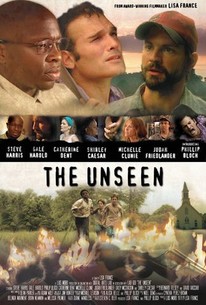 Upon returning to his rural Georgia hometown to attend his father's funeral, a man is disturbed to discover that his childhood friend has been kept locked in the basement by his abusive brother for nearly twenty years. Roy Clemens moved away from Haralson, Georgia many years ago, but when his father dies he must return to his hometown to make funeral arrangements and tend to the family store. Later, while attempting to deliver a package, Roy discovers that his childhood friend Sammy has suffered a most cruel fate over the previous two decades. Sammy's brother Harold is a bitter, drunken tyrant who has forced his blind younger brother into servitude, rarely allowing him any real contact with the outside world. Despite the fact that Harold's girlfriend Kathleen and best friend Earl don't particularly agree with the way that Harold treats Sammy, they continue to remain loyal to the abusive older sibling due in part to the fact that he has cornered the local microbrew market. As Roy does his best to ease Sammy's suffering and provide him with hope for a brighter future, old friend begin to reconnect over promising dreams of a brighter future.

Morgan Margolis
as George
View All

Critic Reviews for The Unseen

There are no critic reviews yet for The Unseen. Keep checking Rotten Tomatoes for updates!

Audience Reviews for The Unseen

An interesting movie with a highly touching story plot. This is a story about two who have been best friends in childhood, but after one incident, grew apart. As adults, they are trying to grasp the concepts in their differences. Fascinating movie. Gale Harold is definitely something, good performance. Definitely worthy.