The Velocity of Gary1999 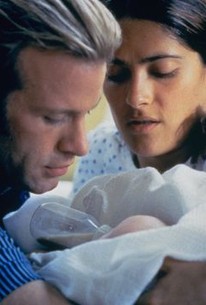 The Velocity of Gary Photos

Lucky Luciano
as The King

Critic Reviews for The Velocity of Gary

In The Velocity of Gary, there is never quite the feeling that these people occupy a real world; their colorful exteriors are like costumes, and inside are simply actors following instructions.

...despite their best efforts, none of [the actors] are able to create characters worth caring about.

Everything pales next to the spectacle of Hayek barnstorming through this story as if it were her Mildred Pierce.She emotes the way Vesuvius erupts.

An off-putting mix of quirkiness and overweening solemnity, it simply never finds the right tone and only results in shrieking obviousness.

Audience Reviews for The Velocity of Gary

Greenwich Village slacker types try to outcool one another as long as they can keep out reality just to past the time ... which they don't care about by the way, since you asked. Ho - hum.

Another film that i got for $3 It seemed original and interesting, but became just plain wierd and idiotic.

The Velocity of Gary Quotes