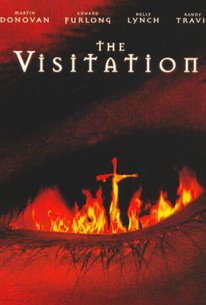 A mysterious stranger with a magic touch descends upon the small town of Antioch and the town is slowly divided by his seemingly supernatural presence in director Robby Henson's adaptation of Frank Peretti's best-selling novel. Despite the fact that he may have the power to heal, the charismatic stranger nevertheless radiates a strange aura of menace and malevolence. Some believe him to be the one true messiah, and others dismiss him as a false prophet sent to seduce the souls of the weak. When the events in the stranger's remote revival tent take a turn for the sinister, it's up to a fallen ex-minister to re-connect with his faith and reveal the suspicious stranger for what he really is.

Critic Reviews for The Visitation

Here's a 'Christian movie' that's an embarrassment to a genre that doesn't exactly have a reputation for producing great art.

The first half of The Visitation moves slowly and surely, building an appropriate level of edgy suspense before disintegrating into standard horror-flick clichés.

You could rent it for the religion, the kooky cast, or for the B-movie fun of it.

There's not an awful lot of blood and gore, but the elements of horror and suspense are definitely there and Henson does a great job of bringing them to the fore.

Audience Reviews for The Visitation

From T2 to modern day B-Movie star, Edward Furlong continues to be mesmerizing on the big screen. His performance in The Visitation was amazing and overlooked, because of its small budget and direct-to-video status. This film is what every horror movie aspires to be, truly scary! There are no blood or guts in this film, but what it does have is a great story and talented cast. A man shows up in the small town of Antioch and starts performing miracles, but for what purpose? He quickly wins over most of the local people, but not all of them. The story follows this friction to an unbelievable conclusion. The Visitation isn't just a scary story, it's actually got a plot. I wasn't expecting to like it as much as I did.