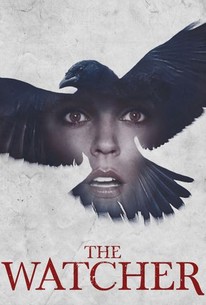 A young couple purchase their dream home but soon discover they may not be alone in the house.

Elle Young
as Lacey
View All

Critic Reviews for The Watcher

A really good mini mystery... I really wasn't sure where it was evolving, but as it started to turn the way it did I was really happy with it.

Audience Reviews for The Watcher

An average thriller which relies on its silly storyline to make this film tense....ultimately it fails.

Average. Okay for a free Netflix watch. The twist at the end lifted it a bit, though. Didn't see that coming.

I really don't want this to be a long review, I really don't. I just wanna get my thoughts out there in a concise fashion and be done with this. Watch me fuck that up and write a review longer than my Captain American: Civil War review. And that review was fucking long, for sure. You don't want that, especially for this movie. Admittedly speaking, I didn't have high expectations for this heading into it. Perhaps that's a little harsh, but when I can't even find a trailer for this movie on YouTube, then you lower your expectations somewhat. Maybe it's known under another name and I didn't do my research, but I couldn't find an actual trailer. So, again, that lowered my expectations a bit. And I don't even wanna say that this was a pleasant surprise, because that would imply that it's good and this movie is not good, but it was certainly better than I could have anticipated. Don't get me wrong, this is, at best, an below average-to-average movie, but I liked the fact-based angle, even though I'm more than certain that all the events the film depicted aren't based on what actually happened, there's always creative freedoms taken. But I liked the fact that the movie, while certainly paced like a horror movie, isn't actually one, at least in the terms of utilizing a villain that's seemingly unstoppable no matter what you do. It's based on something more real, while still using certain elements that are attributed to the horror genre. It's not great, but I still liked that dynamic. The problems come in the fact that there are certain scenes that just feel like something out of a Lifetime TV movie and not one of the better ones. The third act shows glimpses of this and it wasn't to its favor. The acting is perfectly decent all things considered. There are obviously no award winners here, but no one in the film is actively bad. Well, maybe there's one actor, you'll know the one. This reminds me of Tropic Thunder where they say 'never go full retard'. And I don't wanna say that the actor goes 'full retard', but he's sure as shit close. Then again, Cuba Gooding Jr in Radio is the epitome of that and the actor here doesn't even come CLOSE to that. There's also a twist that you can pretty much predict right from the get-go. Predictability sure as shit holds this movie back. Another thing that holds it back is the fact that the villain(s) literally have no motivation for what they're doing. Seriously. They try to tell you that the house belonged to their family. But you don't get to see any backstory as to why they want this house so much. No flashbacks to happy memories in the house before a system set up for you to fail, the banks, takes your childhood home away from you. Nope, there's none of that. The people just want the home just because. And the twist attempts to change all that to something else, but I have no idea what they were actually aiming for or what the purpose of it all was. Why did the 'real villain' want the main characters to die? I have no fucking clue. And I get that, in real life, some serial killers commit the horrible acts just because they can, but this isn't real life, even though the movie is inspired by a real event, in theory. But for the story to feel satisfactory, you have to understand what the villain wants and why. And this movie literally does none of that. They don't even make the effort. It'd be entirely different if I saw them make an effort, but they don't, so I gotta hold that against them. So, yea, I don't have much else to say about this movie. It's got some elements that I like, but the movie's refusal to tell a full narrative works against it. And, really, it's their own fault. They have no one to blame for themselves if the movie fell short of having a satisfying story. Still, with all that said, this isn't really an actively bad movie. It's just that its flaws keep it from reaching its full potential. Not to mention the fact that some Lifetime TV movie-esque elements hurt more than actually help. Wouldn't really recommend this movie, even if I thought it was better than what I was expecting prior to watching it.