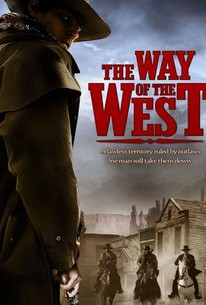 An ambitious mounted policeman suffers a major career setback, but discovers his true calling in the treacherous Yukon Territory. Wade Grayling (Andrew Walker) was on his way to a promising career with the Royal Canadian Mounted Police when, on that fateful night in 1893, he was accused of dishonoring the Crown. Subsequently dispatched to survey the Yukon for a new garrison, Grayling arrives in the remote village of Merci, where he encounters a small group of Russian settlers. Upon noticing a body hanging from a nearby tree, Grayling realizes that Merci is a town in desperate need of law and order.

Critic Reviews for The Mountie

The Mountie spends so much time aping Clint Eastwood it could have been titled A Fistful of Loonies.

With gorgeous cinematography, brisk pacing, evocative music, well-orchestrated showdowns and no-nonsense storytelling, The Mountie delivers an entertaining slice of Canadian history that never feels like it's a patriotic duty to watch.

There's something satisfyingly Canadian about the movie, and it's fitting that it opens here on Canada Day.

Audience Reviews for The Mountie

There are no featured audience reviews yet. Click the link below to see what others say about The Mountie!