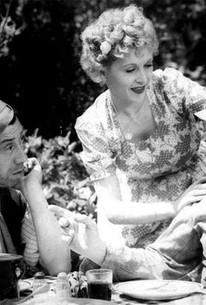 The Well-Digger's Daughter served to reunite star Raimu and writer/director Marcel Pagnol, who'd earlier scored an international hit with the "Marseilles trilogy" (Fanny, Marius, Cesar). The title character played by Josette Day, is impregnated by aviator George Gray. Her father, Raimu, orders Josette out of the house so that her younger sisters won't be likewise "corrupted". There's many a moment of pathos and hilarity before Raimu realizes the folly of his behavior. Filmed in 1940, just after France's acquiescence to their Nazi conquerors, The Well-Digger's Daughter didn't make it to the US until 1946. ~ Hal Erickson, Rovi

For lovers of classical French cinema, and I am one, this earthy throwback is a whiff of lavender borne by the bracing winds of the mistral.

You will need a slightly sweet tooth for this movie, as the ending is a little saccharine - but it is well made and well acted throughout.

The Welldigger's Daughter is just about the most delightful French comedy-drama that has come this way since the memorable The Baker's Wife.

This is enjoyable fluff and the perfect antidote to long winter nights.

Pagnol's story tops all the previous 'single mother' stories in his early career.

There are no featured reviews for The Well-Digger's Daughter (La fille du puisatier) at this time.