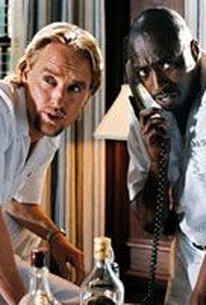 Critics Consensus: The Wendell Baker Story is a lackadaisical comedy of quirky characters and situations, but ultimately the lazy narrative bores instead of charms.

Critics Consensus: The Wendell Baker Story is a lackadaisical comedy of quirky characters and situations, but ultimately the lazy narrative bores instead of charms.

Critic Consensus: The Wendell Baker Story is a lackadaisical comedy of quirky characters and situations, but ultimately the lazy narrative bores instead of charms.

Owen, Luke, and Andrew Wilson combine their fraternal filmmaking talents to tell the character-driven tale of a small-time con man who gets a fortuitous shot at redemption while working in a run down retirement community. Wendell Baker (Luke Wilson) is a con man whose large heart betrays his criminal mind. Confident to a fault and consistently cool-headed, Baker is the kind of grifter who's always quick with a comeback and never lets the law get in the way of making a quick buck. When Wendell is busted for selling counterfeit Texas driver's licenses to undocumented Mexican migrant workers, he coasts through his prison sentence with the same unflappable attitude that made him the perfect swindler in the outside world. In order to pass the time behind bars without causing waves, mellow convict Wendell buries his nose in books about hotel management checked out from the prison library. Upon release the optimistic ex-con is distraught to discover his girlfriend Dorren (Eva Mendes) has taken up with a quick-tempered grocer (Will Ferrell) and his former partner Reyes (Jacob Vargas) has been forced into retirement by his law-abiding wife. Looking to put his hotel management know-how to good use and determined to win Doreen back, Wendell soon takes a job at the Shady Grove retirement hotel. Little does Wendell realize that scheming Shady Grove head nurse Neil King (Owen Wilson) has been dabbling in fraudulent Medicare payments and forced labor, and has no qualms about pinning his crimes on the carefree ex-convict. Now, if benevolent knave Wendell has any hope of turning the tables on his unscrupulous nemesis and proving that nice guys don't always finish last, he'll have to enlist the aid of fed-up Shady Grove residents Boyd (Seymour Cassel), Skip (Harry Dean Stanton), and Nasher (Kris Kristofferson), who are all more than willing to strike back at their casually cruel caretaker.

Will Ferrell
as Dave

Azura Skye
as May

Given Luke Wilson's affability, it's also irresistibly charming. You may not buy the film's plot, but you'll invest in him as a man whose heart is always in the right place.

Here's something satisfying: '70s-cinema fetishism with the courage of its convictions.

I hate to sound like a disappointed parent, but I expected more from Luke Wilson.

Though the first Wilson brothers' effort, Bottle Rocket, is far superior, the trio of brothers working together creates a light and enjoyable comic romp.

Wendell Baker isn't perfect. The slacker humor grows cloying at times. Still, there's an undeniable charm to the Texas tale as it celebrates nonconformity and redemption.

I haven't seen this many old coots getting up to no good since Cocoon.

just a shaggy dog story dressed up in cowboy boots and a cool belt.

This isn't anything to write home about, but is pleasant enough. I

There's a reason this film sat on the shelf for over two years, it's wildly uneven in spots, but there's also moments where you can see that there's a good idea and film trying to get out.

That they've assembled a first-rate cast made up of veteran character actors and contemporary comedy stars to pursue this agenda makes The Wendell Baker Story all the more effective.

Don't get all pissed off cause I am about to say"Wendell..you rock"!~

Luke Wilson tried-thats the best I can say-Owen had nothing to do, neither did Eva- and Will did what he could. Eddie Griffin was kind of pointless and even though it looked cheap and straight out of the 90's- I give the other wilson the benefit of the doubt in believeing he wanted it that way. There are a few good quotes worth remembering and Luke does throw himself into the character-I guess I just expected more.

I was UNlucky enough to catch this pile of dreck in a small, independant theatre. Easily one of the years worst films!