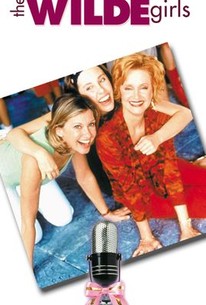 This made-for-cable comedy-drama stars Olivia Newton-John as Jasmine Wilde, a former teen idol who is trying to put her reckless past behind her and live a quiet, inconspicuous life in a small Georgia community where she's raising a teenage daughter, Izzy (Chloe Rose), on her own. Jasmine's best friend Sierra (Swoosie Kurtz) discovers that Izzy has a remarkable gift as a singer, and decides to surprise both mother and daughter by arranging an audition for Izzy with a well-known record producer. While the producer is more than impressed, the incident also blows Jasmine's cover, and what was intended to be an exciting visit to Los Angeles for Izzy becomes a nightmare for her mom, as Jasmine takes an unexpected jog down memory lane, reliving the low points of her career and encountering Izzy's father for the first time in years. The Wilde Girls was written and directed by Del Shores.

Johanne Storey
as Rebecks
View All

Critic Reviews for The Wilde Girls

There are no critic reviews yet for The Wilde Girls. Keep checking Rotten Tomatoes for updates!

There are no featured reviews for The Wilde Girls at this time.