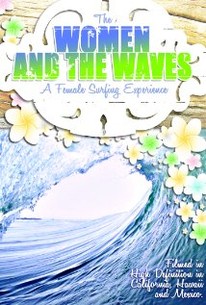 A documentary surf film that explores the lives of female surfers, The Women and the Waves showcases various women of all ages that have paddled head first into the male dominated world of surfing and found a place of their own. Featuring surfing greats like Linda Benson (five-time US Champion and first woman to surf Waimea), Ashley Lloyd (three-time winner of the Malibu Classic) and Kim Mearig (1983 ASP Champion). This inspiring film, shot in California, Mexico and Hawaii, combines archive footage and candid interviews of female surfers that have defined a sport, brought so much joy and resonance to their lives - and sheds light on what it's like to truly 'surf like a girl!"

Critic Reviews for The Women And The Waves

There are no critic reviews yet for The Women And The Waves. Keep checking Rotten Tomatoes for updates!

There are no featured reviews for The Women And The Waves at this time.

The Women And The Waves Quotes