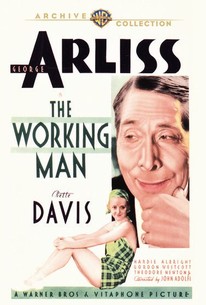 A wealthy-yet-listless shoe maker takes a much-needed vacation after his chief rival dies, and winds up competing with his own company in this comedy starring George Arliss and Bette Davis. Bored with life and unmotivated after becoming the sole footwear manufacturer in town, millionaire John Reeves leaves his troubled company in the hands of his ambitious nephew Benjamin (Hardie Albright). Meanwhile, relieved from the pressure of watching his business fail, Reeves encounters a spirited brother and sister who just happen to be his late competitor's beneficiaries. On a whim he decides to pose as a tramp, resulting in a job offer from the kindly pair. Before long Reeves is working in their factory and business is booming, and his own nephew is struggling to keep up. Later, after encouraging his new employers to experience the hardships of working in their own factory, the industrious and reinvigorated Reeves makes his big reveal, and the two families unite.

Richard Tucker
as Board Member

Wallis Clark
as Mike - the Auditor (uncredited)
View All

Critic Reviews for The Working Man

Audience Reviews for The Working Man

There are no featured audience reviews yet. Click the link below to see what others say about The Working Man!