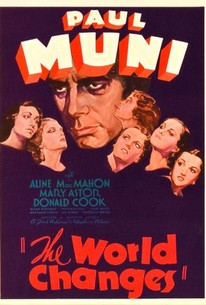 This well-wrought drama chronicles the rise and fall of a midwestern family dynasty from the mid 1800s through the Great Depression. Most of the tale centers on a young Dakota farm boy whose grand schemes and ambition lead him on a cattle drive to Texas. From there he hooks up with the owner of a major Chicago slaughterhouse and then falls in love with his new partner's beautiful daughter. They marry and after the youth figures out how to use refrigerated train cars to ship his beef, begin living the lives of the nouveau riche. When his partner dies, he leaves the young man his considerable fortune making him an instant meat-packing magnate. With a good wife, two beautiful children and a terrific home, life for him couldn't be better. Unfortunately, his self-centered wife is discontent. Thinking her husband's profession is preventing her from becoming a true society dame, she begins badgering him to selling the meat business and becoming a more respectable stockbroker. Unfortunately, her attempted machinations fall on deaf ears and the resulting frustration drives her insane. The tycoon's son has his own troubles with his beautiful blue-blooded wife and brokerage business that is destroyed when the market crashes in 1929. His father, who did eventually sell the meat business and invest in his son' brokerage, is also nearly wiped out. In order to support his wife and save face, the son begins embezzling. Unfortunately he gets caught. When he learns that his own wife has betrayed him, the despondent youth is beyond help and tragedy ensues for both the son and his elderly father.

Critic Reviews for The World Changes

There are no critic reviews yet for The World Changes. Keep checking Rotten Tomatoes for updates!

Audience Reviews for The World Changes

Tries to tell too much story in the time allowed.