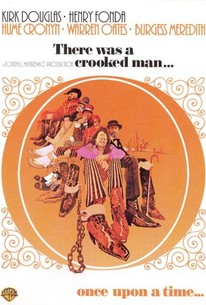 In this British comedy, an amiable demolitions expert finds himself entangled with a band of criminals masquerading as doctors. In this guise, the thieves attempt to build a tunnel between the hospital and the bank next door. The expert successfully blows open the vault, and the criminals escape with their loot, leaving the hapless safecracker to take the rap. Five years pass before he is released from prison. The man has learned his lesson and tries to reform by taking a job in a small resort. More trouble ensues when he sees the most prominent citizen in town cheating his neighbors by selling bogus shares in the future of the town. To stop him the ex-safecracker enlists the aid of his old gang who begin masquerading as American soldiers offering to build a missile base in the town. Naturally the avaricious businessman desires a piece of the pie and so buys back all of the land he had sold. Using his special talent, the hero blows up the villain's land. Fortunately, the real American army gets involved by offering to rebuild the destroyed town on the land, causing the townsfolk to cheer the former con-man on as the police haul him back to prison. ~ Sandra Brennan, Rovi

Jack May
as Police Sergeant

Critic Reviews for There Was a Crooked Man

There are no critic reviews yet for There Was a Crooked Man. Keep checking Rotten Tomatoes for updates!

There are no featured reviews for There Was a Crooked Man at this time.

There Was a Crooked Man Quotes