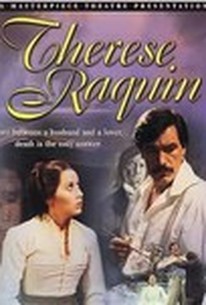 After being forced into a marriage with a much older man (Kenneth Cranham), tragic young heroine Thérèse Raquin (Kate Nelligan) finds fulfillment in a torrid affair with her husband's best friend (Brian Cox). But her newfound passion could undo her in more ways than one. A young Alan Rickman also stars in this two-part "Masterpiece Theatre" adaptation of Emile Zola's first major work.

There are no critic reviews yet for Therese Raquin. Keep checking Rotten Tomatoes for updates!

I was a little disappointed with Alan getting such a small part, but otherwise this is a pretty good story. Although the lovers could have avoided all these problems by just running away together, this makes for an interesting story too. It gets really dramatic in the ending, that was the best part.