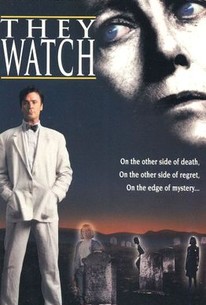 Made for cable TV, They is based on a story by Rudyard Kipling. Patrick Bergen stars as a paper-pusher who cares more about his business than his family. He is brought up short when his young daughter dies. Deeply regretful that he never got to know the girl, Bergen relies upon blind psychic Vanessa Redgrave to contact his daughter's spirit. "It's just too weird" sighed the reviewer for TV Guide; but who knows, you might get more enjoyment out of it than he did. Originally telecast November 14, 1993, over the Showtime Cable service, They was later reissued as They Watch.

Kristina Colavita
as The Owl Girl
View All

Critic Reviews for They

There are no critic reviews yet for They. Keep checking Rotten Tomatoes for updates!

There are no featured reviews for They at this time.