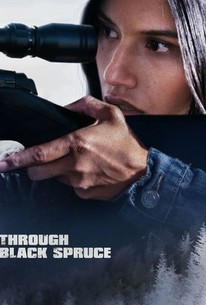 The disappearance of a young Cree woman named SUZANNE BIRD triggers events in two worlds: the remote Northern Ontario town she fled years ago, and the big city where she became a successful model. Up north, her uncle WILL clashes with a local drug dealer who's looking for Suzanne, and believes Will knows her whereabouts. Meanwhile, her fiercely independent twin sister ANNIE travels to Toronto to retrace her sibling's footsteps... and finds herself drawn into the seductively glamorous life Suzanne left behind.

Brandon Oakes
as Will

Critic Reviews for Through Black Spruce

The movie stands on its own merits, as a simmering whodunit where plot basics are secondary to personalities, thanks to a superb cast.

"Through Black Spruce" is a disengaged slog that confines its poetry to a title that nonetheless remains appropriate in one key way: The film creaks like it's made of wood.

In subtle ways Beatty and Oakes both find psychological and cultural context for their characters, a framework missing from the script.

Through Black Spruce is less than the sum of its actorly parts. It lacks a feeling of real investment in these characters.

Viewers, whether Indigenous or not, will find much to connect with in this dark, moody tale.

The movie fails to sufficiently address any crisis to give it a judicious or sharp perspective, and it lacks all components- suspense, tension, and mystery-to make it a suitable thriller.

It's as self-effacing as directorial cameos get, but it's also a bit sad: if McKellar knows that both his material and his subject position are dodgy, why bother?

Barbara Samuels's screenplay discards the book's shifting perspectives for a linear take on the narrative, flattening out the drama and leaving McKellar struggling to find the story's pulse.

There are no featured reviews for Through Black Spruce at this time.