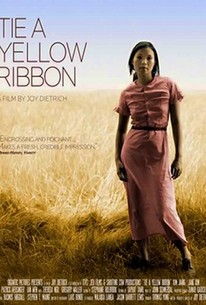 Joy Dietrich's drama Tie a Yellow Ribbon relates the friendships between three young Asian-American woman. Jenny was adopted from her Korean home by a white family, and she carries around great anger for the way she was treated by her adopted family. She moves in with Bea, an innocent who is easily taken advantage of by a number of different men. Their apartment is across the street hall from Sandy, a wallflower who has difficulty expressing herself in any way at all. The film points out how each of them are acting out in self-defeating ways in response to their upbringings, and shows why the suicide rate among young Asian-American women is higher than it is for other groups.

There are no critic reviews yet for Tie a Yellow Ribbon. Keep checking Rotten Tomatoes for updates!

There are no featured reviews for Tie a Yellow Ribbon at this time.