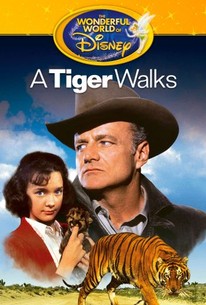 After a dangerous tiger turns on its trainer and escapes from the circus, a small town in Texas finds itself in an uproar over its capture. As it is hunted by numerous parties, a young girl begins protesting and starts a nationwide movement to plead for the tiger's safety. As the situation gains more attention, the local attitude is torn by politics and outside pressure. At the time of its release, this feature (taken from a book by Ian Niall) was quite different for Disney as it portrayed realistic small-town politics rather than an ideal community. The titular tiger, on the other hand, seemed to have an uncanny knack of choosing baddies to prey upon while leaving all well-meaning folks alone.

Donald May
as Capt. Anderson

Critic Reviews for A Tiger Walks

Pretty odd Disney feature (at least for that studio), involving an escaped tiger.

This Bengal's made for walking!

There are no featured reviews for A Tiger Walks at this time.