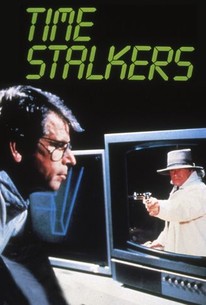 The "history is inviolate" theory so chillingly elucidated in Ray Bradbury's The Sound of Thunder is recycled for the made-for-TV Timestalkers. William Devane plays a genially eccentric professor who teams with time traveller Lauren Hutton to prevent the course of history from being disastrously altered. In a manner slightly reminiscent of the 1984 movie hit The Terminator, Devane and Hutton must deal with Klaus Kinski, a mad scientist from the 26th century, who plans to hopscotch through time, spreading death and destruction wherever he goes. The odyssey takes the main characters to all manner of locales, including the Old West. Veteran actor Forrest Tucker made his final screen appearance in Timestalkers, which originally aired March 10, 1987.

There are no critic reviews yet for Timestalkers (Time Stalkers). Keep checking Rotten Tomatoes for updates!

Another strange time travel movie that uses leftover western props and scenery that Hollywood must have lying around all over. Kinski chews the scenery at times and is mysteriously un-emotive at others. The story takes itself so seriously, but it isn't that interesting. Hutton and Devane don't have much chemistry. Hutton's character coming from the future and the jewels used for time travel are intriguing elements.