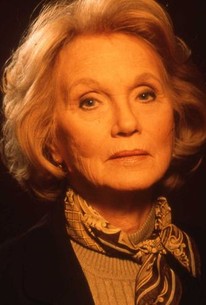 The tragedy of Alzheimer's Disease is at the core of this heart-tugging made-for-cable drama, starring veteran actors Richard Kiley and Eva Marie Saint. Diagnosed with Alzheimers, the brilliant doctor Gerald Klooster (Richard Kiley) would sooner die immediately than endure the agony of a progressively failing memory. Thus, he asks his loved ones to do him one final favor and assist him in committing suicide. Everyone, including Gerald's wife Ruth (Eva Marie Saint), is willing to go along with this plan--everyone that is except his youngest son, who kidnaps the old man before his last wish can be granted and brings legal action against his mom. Based on a true story, Time to Say Goodbye? first aired over the Lifetime channel on September 1, 1997.

Tannis Burnett
as Susie
View All

There are no critic reviews yet for Time to Say Goodbye?. Keep checking Rotten Tomatoes for updates!

There are no featured reviews for Time to Say Goodbye? at this time.